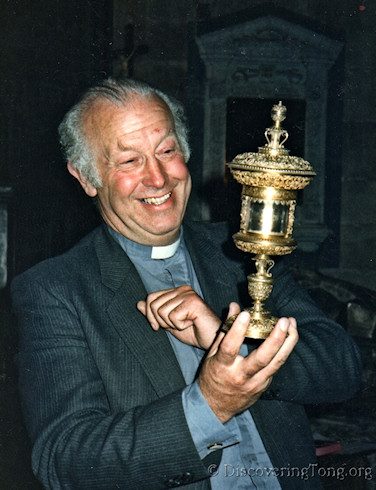 The Very Revd. Dr. Robert Jeffery was born in 1935 and educated at St. Paul's School and King's College, London. After two curacies he worked in central Church Administration at Church House, Westminster and at the British Council of Churches. He was then Vicar of Headington in Oxford and moved to Tong in 1978, firstly as Lichfield Diocesan Missioner and subsequently as Archdeacon of Salop. In 1987 he became Dean of Worcester Cathedral ➚ and in 1996 moved to Oxford as Canon and Sub-Dean of Christ Church ➚.

In 1999 he was awarded the honorary degree of Doctor of Divinity by Birmingham University. He retired in 2002 and lives in Oxford. He was a well-known authority on matters concerning Mission and Ecumenism and is the author of eleven books and has contributed to nine other dictionaries and books of essays, including matters of Christian Spirituality and English Cathedrals.

In 2007 he was made an Honorary Fellow of Ripon College, Cuddesdon ➚. He is spending his retirement writing, and contributes book reviews to various journals and writes clerical obituaries. He has also written a new translation the Imitation of Christ ➚ for Penguin Classics (2013). His much loved wife Ruth died in 1995, they had four children (2 musicians and 2 artists) and now four grandchildren. He worked on Discovering Tong from 1984-2007.

Robert Jeffery died on Wednesday 21st December 2016 after a long illness. An obituary from the Daily Telegraph can be read here ➚. A memorial service at Worcester Cathedral took place on June 21st 2017.

The photograph shows the author holding one of Treasures of Tong, the priceless Tong Cup. 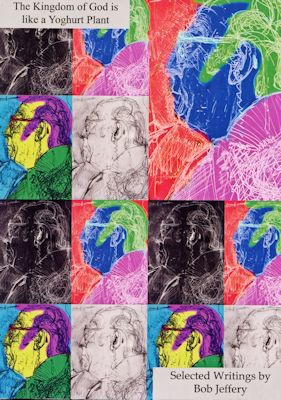 A collection of his writings has been published as an interesting and entertaining new book : “The Kingdom of God is like a Yoghurt Plant”. You can purchase a copy through the Jeffery family web site ➚ .