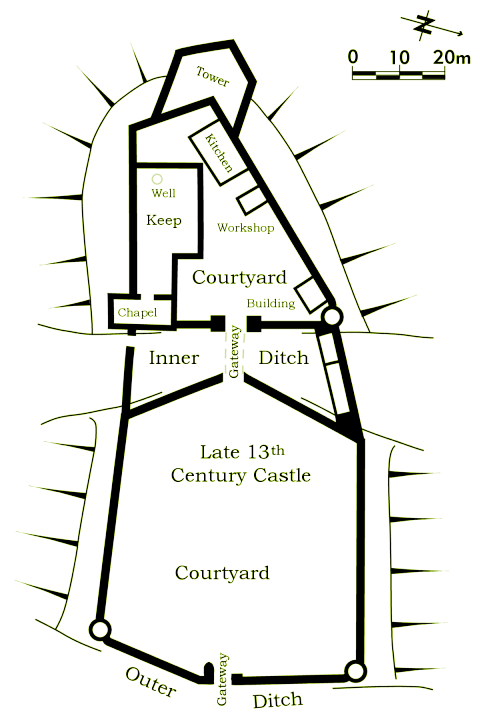 There was a further increased need for a more residential use of the castle as both the home for the Lord of the Manor and for entertaining visiting Courts and their entourage. This would have been necessary when, in July 1296, a fourth Inquisition sitting was held at Tong to decide as to who held the Manor of Tong, and this would have placed considerable demands on the buildings and the resources at Tong Castle in order to cope with the numbers of people involved in the holding of the sitting.

Excavation along the Keep outer wall produced painted glass suggesting the use of the building as a chapel or for other religious purposes which would be in line with the architectural form. A further small stone building was located behind the north east round watch tower of the Keep area, but there was nothing to suggest its use and the artefacts were generally of the late 13th century.